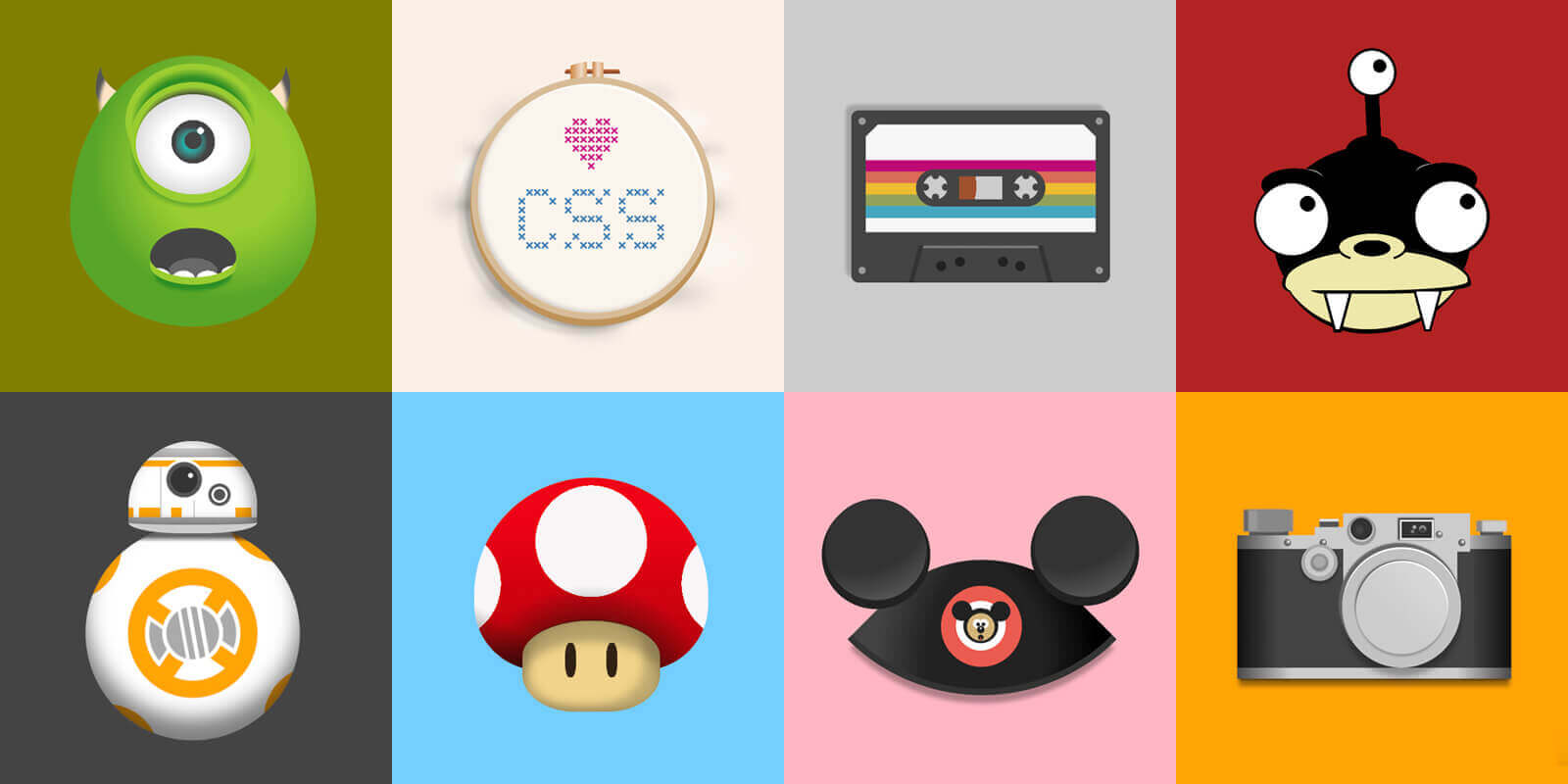 An ongoing drawing project to see what’s possible with CSS. Each drawing is a single HTML element (the beloved div) and a whole bunch of styles.

A Single Div was featured in Net Magazine issue 261.

Visit a.singlediv.com or inspect the code on GitHub, read a tutorial on Mozilla Hacks, or view my CSSDay talk.

Every airport has a unique three-letter IATA code. Some make sense if you know the city or the name of the airport and others, well, what the heck? Turns out there’s usually a reasonable explanation.

The site features over 1000 airports and includes an airport from every country that has one.

Airport Codes has us diverting more time from work this week than our Facebook feeds.Chuck Thompson, CNN 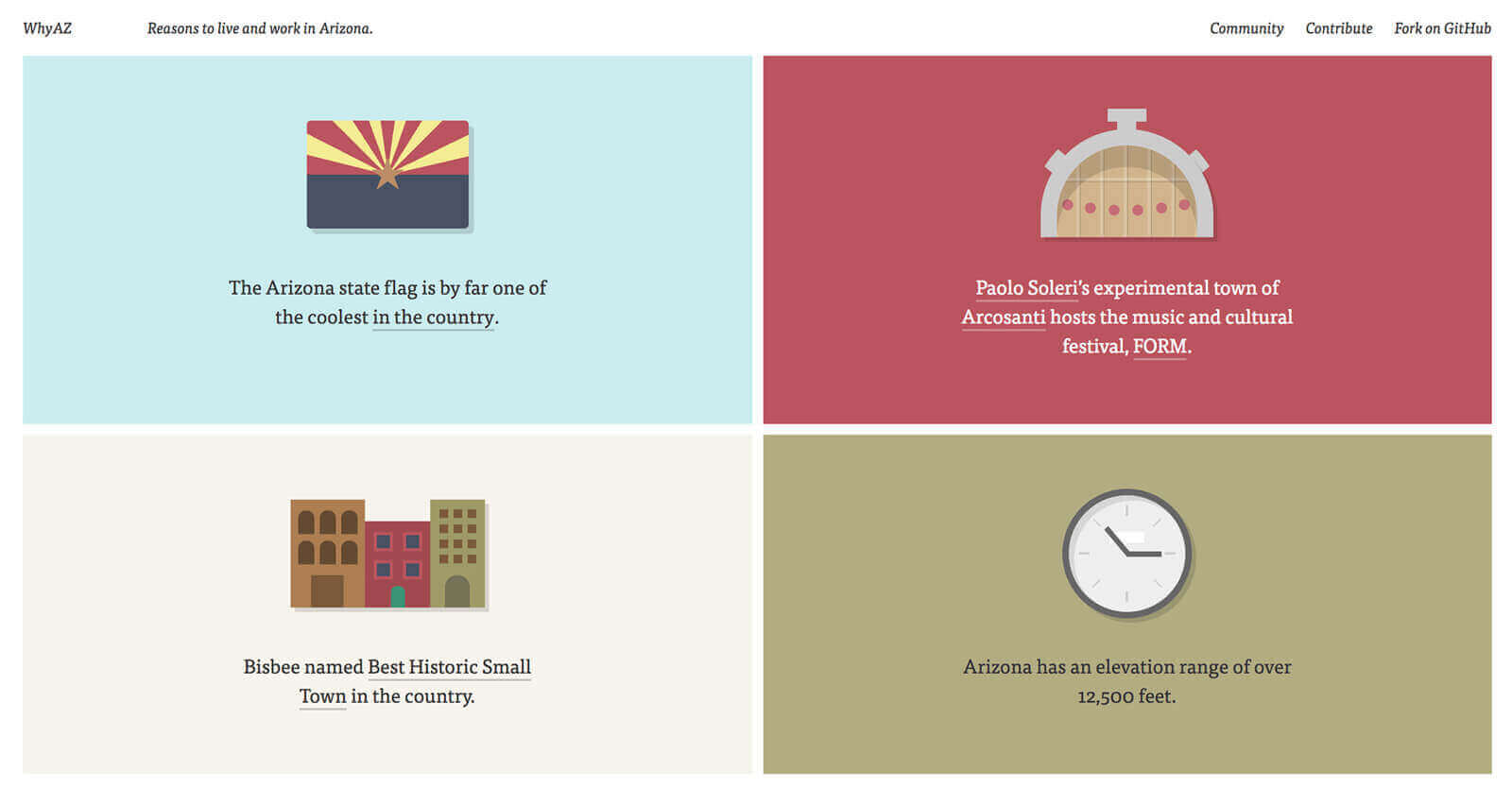 WhyAZ is a little web project that resulted from asking questions about attracting and keeping talent in Arizona. We spend a lot of time building up and promoting our brands and projects, but we spend little time talking about Arizona. Our state has a lot to offer and so why.az was born.

To make it even more fun, I thought it might be neat if we designed the site completely in browser, drawing our graphical elements in CSS while maintaining clean, semantic markup.

To read more about the approach, check out this blog post: Why WhyAZ?

To see the many many examples we've made (and to learn more about our great state), visit why.az or contribute via GitHub.

I’m a big fan of the reality competition show Top Chef. Seriously, I can’t get enough.

Top Chef Stats is a just-for-fun site that compiles data and facts from all the seasons of the original series, plus spinoffs Top Chef Masters, Just Desserts, and Duels.

If you’re a fan of the show, definitely check it out at topchefstats.com or contribute via GitHub. 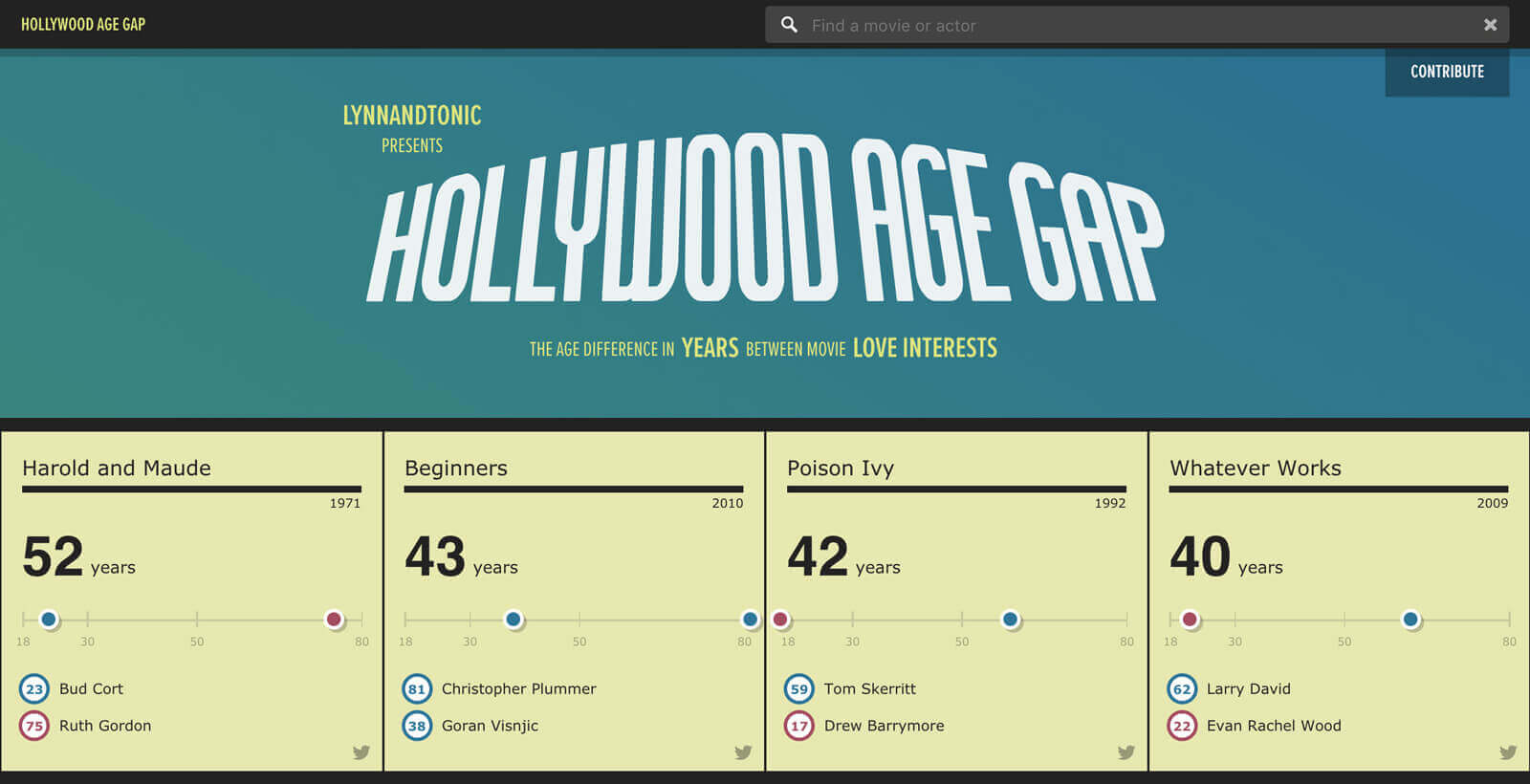 Have you ever noticed how in movies young actresses are often cast as the love interests of much older leading men? Buzzfeed even wrote an article poking fun at the Hollywood age gap.

Male actors are regularly cast alongside love interests 10-30 years their junior. And on the flipside, in the most ubiquitous film example of a man dating an older woman, The Graduate, Anne Bancroft was only 6 years older than Dustin Hoffman.

Hollywood Age Gap examines the age difference between movie love interests. Check it out and judge for yourself if Hollywood has an age problem.

Visit hollywoodagegap.com or contribute via GitHub.